The past and the present of the university 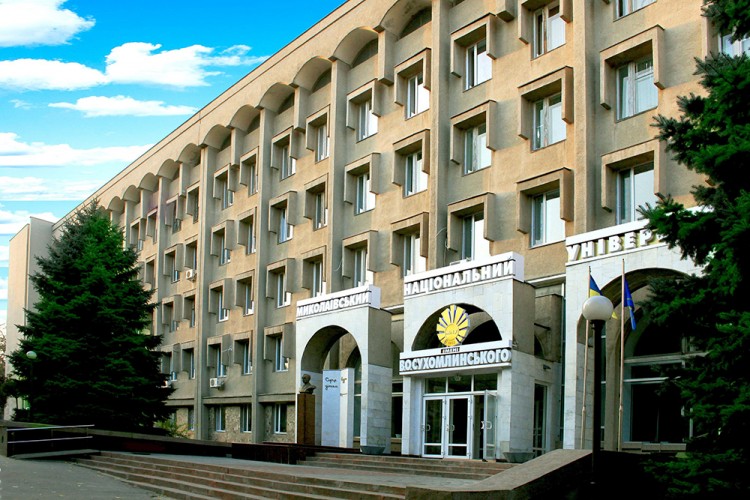 Nikolaev National University named after V. О. Sukhomlinsky is a higher educational institution of the IV level of accreditation. It was founded in 1913 as a teacher’s institute; the further path passed from the pedagogical institute to the university, to  which in 2010 was given a high national status.

The university has one institute, eight faculties and a college. Educational process is carried out by 34 departments.

The University carries out training of junior specialists, bachelors, masters, scientific brainpower and , as well as academic and teaching staff

On the basis of the educational and scientific institute of history, political science and law of the Nikolaev National University named after V.O Sukhomlinsky, a standing archaeological expedition of the ancient settlement “Wild Garden” research was established, which was declared  as unique for the period of the final bronze on the territory of Ukraine. Students under the leadership of leading archaeologists of Ukraine conduct research on the ancient monuments in Olvia, Berezan and etc.

On the basis of the university the Center of underwater research, category II of Ukraine cultural and historical heritage under the auspices of UNESCO is open.

Annually the list of educational institutions and scientific institutions with which the university cooperates within the concluded agreements (more than 60) increases. Since September, 2008 the university became the member of the Great charter of the universities (Magna Charta), in January, 2009 has joined the European Association of science and education. The number of tutors’ publications  grows in the editions entering to Scopus scientometric base according to which there are 197 works in the University. Number of citings of the tutors on indicators of scientometric base Scopus (for ROC of the master) – 1056. The total Girsh Index – 16.

Increase of qualitative level of scientific research is provided with participation of scientists of the university in programs of the European Union, first of all Erasmus + and the Horizon-2020. Together with partners from France, Germany, Great Britain, Uzbekistan work on the Tempus project on improvement of training in English in on-line mode is continued. Experts of the Astonsky university (Great Britain) have carried out monitoring of implementation of this project by our teachers and positive conclusions about his course and results are made.

The Nikolaev national university of V.A. Sukhomlinsky during 2016-2017 educational worked on introduction of projects:

1) 544161-TEMPUS-1-2013-1-UK-TEMPUS-JPCR Aston University ِDeveloping the Teaching of European Languages: Modernising Language Teaching through the Development of Blended Masters Programmes («Improvement of the European languages teaching on the basis of introduction of online technologies in teacher’s training »);

2) Erasmus + Internship and mobility of professors and students (Aston University); 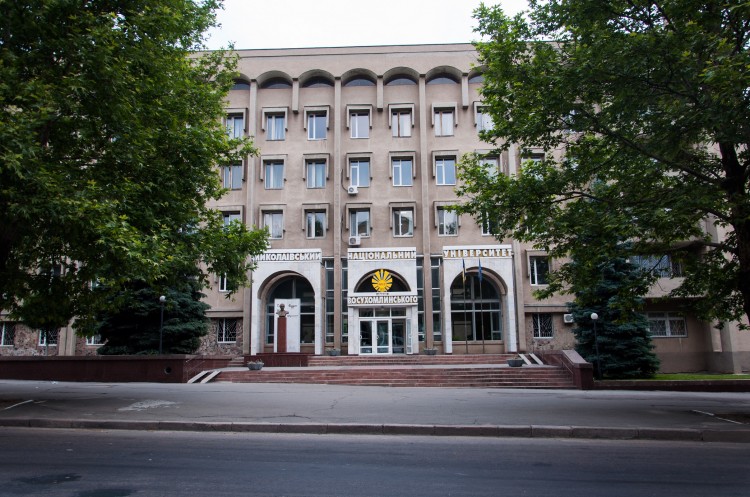 A partnership agreement on the development of doctoral programs and the improvement of academic writing has also been signed, next – an affiliate agreement with scientists from France, Ireland, Finland, Lithuania on the implementation of this project. Thus, there is an opportunity to deduce the educational programs of doctoral studies of philosophy at our university for the European level of quality and responsibility.

Two students of the University’s Masters within Erasmus + project studied at the University of Aston during the first semester of 2017 (from January to May) (Birmingham, UK), and other two – were staying there for a two-week internship. During the first half of 2017, 16 university tutors trained abroad in higher education institutions in Europe

Eight teachers received individual grants for conducting research on the Holodomor in Ukraine, the activities of German and Jewish communities in our region, archaeological research, and etc. We see in this the request of the world community on the results of our research work, a certain capitalization of the academic staff of the university, the possibility of introducing a scientific product in the world.

The collection of scientific works “Scientific Bulletin of the Nikolayev National University named after V.O. Sukhomlynsky” on pedagogical, historical, philological (literary studies), economic, psychological, and biological sciences, as well as the scientific journal “Geometrical modeling and information technologies” is published at the university.

The university has a department of practice and employment; work is being done to expand the practice bases, conclude agreements on their implementation and further employment of graduates. The share of practice in the educational process is growing.

The university’s admissions committee is functioning, an operational headquarters is set up on the issues of the admission campaign, all measures are taken to ensure timely access of the entrants and the public with the necessary information. A technological card for conducting an introductory campaign has been developed and is in operation.